Thursday night, we finally had clear dark night. It was worthy of putting the HyperStar on the Cat. It was worthy of taking a vacation day from work on the following Friday in order to catch up on the night's lost sleep.
Here are some images of the highlights:
M31 The Andromeda Galaxy
This galaxy is huge.  It is six times the width of the full moon and is naked eye visible under a dark sky.  Its size and the relative brightness of its core make it a challenge to image.

The dust lanes of M31 are a fun thing to see.  Also visible in this image are companion galaxies, M110 and M32.
Most of the observing session, however, was spent peering at nebulae.
This one was particularly fun to see:
NGC6302 The Bug Nebula
Click to make the images larger... This nebula resembles a bug or butterfly.  It's in the constellation, Scorpius. 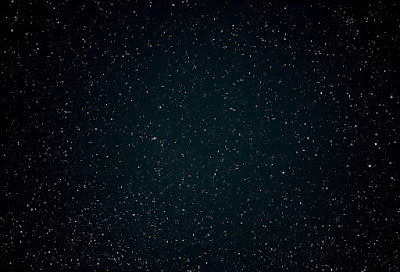 The remaining images are much easier to see.  They are good targets for the wide field of view that the HyperStar gives.
NGC6960 Western Veil Nebula
Also referred to as the "Witch's Broom."  I can see that, can you? 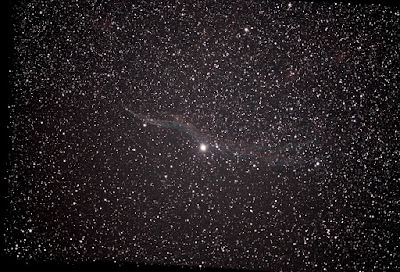 A narrow band filter for hydrogen and oxygen would really tease out the details, but this all of the light captured through the HyperStar.
It stands to reason that if there is a "Western Veil" nebula, there ought to be an "Eastern Veil" nebula.  There is... and I almost didn't image it.  I missed seeing it on my observation list on my first pass through it.
NGC6992 Eastern Veil Nebula
The wispy filaments of the Eastern Veil Nebula are a part of a larger overall network of nebulae in this area of the sky, called the Cygnus Loop. 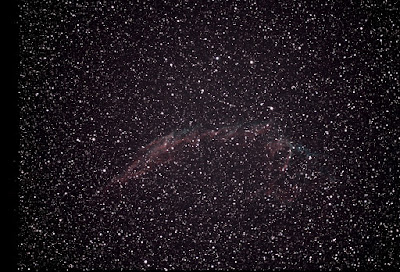 It also would benefit from being imaged through narrow band filters.  Maybe I'll add these filters to my Christmas wish list.  Oh, and then I'll need a filter tray for the HyperStar.  And then, I'd want it to be motorized.  I better start saving my pennies.
This is the time of year when the constellation Sagittarius is in the sky most of the night.  Two of the most well known Sagittarius nebulae are these:
M8 Lagoon Nebula
According to Wikipedia,  in the Battlestar Galactica (2004) season two episode "Home", M8 was identified as a guide to Earth. 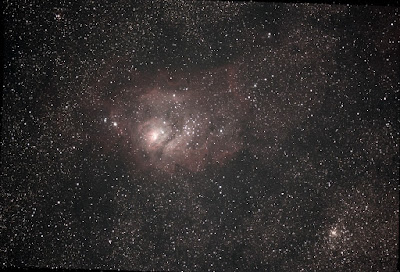 It is a pretty pink color, as captured by the imager.  It is gray to the eye when peering through binoculars or a small telescope, however.  Human vision has poor low light sensitivity.
M20 Trifid Nebula
In 1967, the original Star Trek series broadcast an episode called The Alternative Factor. In it, a pair of characters repeatedly cross from one dimension to another, an event always signified by the repeated flashing of a photo of the Trifid Nebula.  Apparently, M20 is an inter-dimensional doorway! 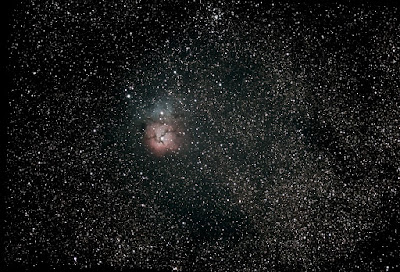 This last image is one of my favorite type of nebulae.  It's a planetary nebula. The term originates from the planet-like round shape of these nebulae observed by astronomers through early telescopes.  They are usually small, sometimes dim, and usually a challenge to image.
M27 Dumbbell Nebula
The Dumbbell Nebula has a fairly bright core.  To bring out the darker gases on its edge requires capturing many frames and stacking them over time. 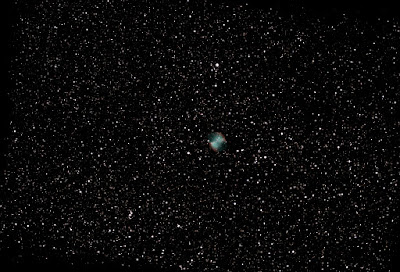